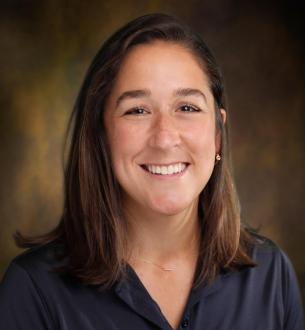 How long have you worked at Camp? Were you a camper and/or counselor before?

I came to Kanata in 2008 as a Daisy counselor. I was Daisy unit leader in 2010-2011 and then I joined the Administrative Staff in 2012 as Female Trainee Coordinator. I worked with our Trainee program from 2012-2016 and was the first CIT Coordinator! I joined the director team in 2017.

I loved taking my Daisy campers up to Big Tree on a "safari." We would pretend to see all sorts of wild animals on the way and it was a lot of fun imagining with them. I will also never forget the letter-writing devotion I helped lead during my summers working with in the Trainee program. It was always so full of laughter and love.

Where were you born?

I was born in California and lived in Maryland before my family settled in North Carolina in 2003. I graduated from Clemson University in 2013 and then moved to Charleston, SC where I taught high school English for four years.

What did you want to be when you grew up?

What's the most important thing you've learned in life?

Through my work at Camp and as a teacher, I've learned that people can always surprise you in wonderful ways and to keep an open, positive attitude.

What are some of your favorite things and why?

My favorite dog is my golden retriever, Cooper. He is the sweetest and cutest pup around! At Camp my favorite thing is the slide. It's by far the best, and therefore my favorite, attraction at the lake. I also love spending time at the beach.